Can Hydrogen be our cooking fuel? 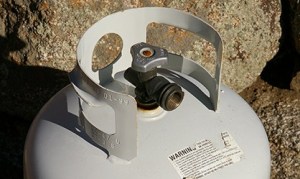 Nepal is currently reeling under acute fuel crisis due to undeclared economic blockade by India. Transportation and cooking are two main areas that have been severely affected due to the fuel shortages. Alternative sources of cooking fuels have become a crucial topic of research and investigation on an international scale and Nepal may require such unconventional solutions to cope with the crisis that does not seem to be winding down anytime soon. The utilization of Hydrogen as an energy carrier with regards to domestic cooking has been explored and studied by countless experts over the years and is still a relatively novel concept that requires further exploration.

Here are some basic facts about Hydrogen. It is colourless, odourless, non-toxic, and non-carcinogenic at ambient temperature and atmospheric pressure. It is the lightest and most abundant of all elements and is mostly found in its molecular form combined with another chemical as a compound (e.g. water, methane).

How can it be produced?

Hydrogen can be produced using a number of methods including;

Theoretically, hydrogen can be stored as a liquid, gas or solid. As hydrogen is amply energy dense in terms of its energy content per kg of mass in contrast to other fuels, it has to be either restricted in a compressed form or as a liquid in cryogenic containers. Liquid hydrogen is normally kept at temperatures bordering on -253°C in highly insulated tanks. Hydrogen can also be stored as a compressed gas at pressures up to 700 bar (70MPa). It can also be stored as a solid within chemical structures of hydrides or porous carbon-based materials. Gaseous hydrogen storage however, is the simplest method and is expansively employed around the world for both small and large scale storage.

Small scale hydrogen storage can be applied in domestic cooking with hydrogen carefully stored in weather balloons connected to cookers. It can also be stored in conventional steel cylinders or special composite material tanks capable of holding the gas at the required pressures. However, the materials that are required to store hydrogen as a gas under such high pressures are extremely expensive.

Typical compressed hydrogen storage cylinders are made of steel and hold hydrogen at 200 bar. 98.5% of the total weight of a standard storage unit is the cylinder itself with only 1.5% of the weight being the compressed H2. There is growing interest in increasing the weight percentage of H2 content through the use of lighter-weight cylinders stored at much higher pressures. Special cylinders fabricated with carbon fibre composites are capable of storing compressed H2 at pressures of 700 bar and above with an increased H2 content of around 6% of the total storage unit weight.

Hydrogen is seen as a clean energy carrier that can be produced from a number of primary energy sources and is attracting the attention of public authorities and private industries. As it opens up access to a comprehensive range of primary energy sources including fossil fuels and renewables, hydrogen energy enhances energy security through this increased diversity. Hydrogen and electricity also allow for flexibility and interoperability in regulating centralized and decentralized power, based on controlled intelligent grids and power for remote locations.

Power generation fueled by hydrogen are also zero-emission at the point of use with substantial benefits for local air quality. Hydrogen can be generated from carbon-free or carbon-neutral energy sources or from fossil fuels with CO2 capture and storage. Thus, the utilization of hydrogen as an energy carrier could ultimately eliminate greenhouse gas emissions from the energy sector.

Hydrogen has been generally used in many industrial applications, but not as extensively in the public domain as would be expected for an energy carrier. As very limited data is available on the operational and safety aspects of this new technology, further research is required to fully understand the behaviour of hydrogen as a fuel for stationary applications such as cooking. Knowledge gaps have existed for several decades regarding its conditions for ignition, flame acceleration, structural protection, and ventilation. Therefore, public perception and assurance in hydrogen relies on its reliability and clarity.

Hydrogen can be a dangerous substance if mishandled or if accidental release of the gas were to be ignited. However, in this respect, it is no more different to all other fuels that are in used commonly today. The gas generally exhibits wider limits of flammability and relatively low ignition energy if mixed stoichiometric ally with air, when compared to conventional fuels like propane. It is perceptibly less dangerous in terms of thermal and fire hazards, especially in an open environment yet it may be accountable for stronger pressure effects if released and ignited in a confined space. There are various challenges faced when utilizing hydrogen as an energy carrier;

Further research is required regarding the feasibility and efficiency of hydrogen production, storage technologies, and utilization of hydrogen as a cooking fuel as there are numerous challenges faced with regards to exercising hydrogen as an energy carrier for domestic use in Nepal. There is however, significant potential for its use along with strict regulation and safety measures that will need to be put in place after hydrogen behaviour is thoroughly understood. If properly administered and controlled, it certainly has the capacity to promise a much more cleaner and greener Nepal.