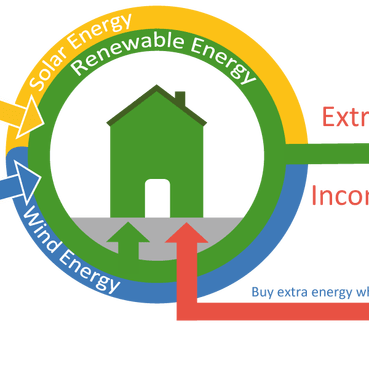 Many countries have implemented Feed-in Tariffs (FiTs) into their energy development plans, which are policy instruments designed to promote rapid deployment of renewable energy (RE) technologies by rewarding energy providers. Though these tariffs are not anything new or cutting-edge, they have proven to accelerate investment in RE technologies through the offering of long-term contracts to RE producers.

FiTs are applicable for a range of beneficiaries including households, enterprises, landlords, farmers, and even organizations such as hospitals, shopping malls and schools. Eligible energy providers are rewarded through payment of a cost-based price for any electricity they supply into the main grid using renewable technologies. The main purpose of the tariffs is to offer compensation to RE producers, providing price certainty and financial assistance for their RE investments. FiTs offer the energy producers guaranteed grid access, long-term contract security, and cost-based purchase prices. Implementation of these tariffs is very financially beneficial with energy producers being paid for all the energy produced including the amount that is used by themselves, bonus payments for exported electricity fed into the grid, and a significant reduction on conventional electricity bills.

FiTs provide investors with a reasonable return on their renewable energy financings with policies been sanctioned in over 50 countries around the world, including Germany, India, Australia, China, Iran, Kenya, Thailand, and the United Kingdom.

Germany was the first country to introduce FiTs for RE electricity generation to encourage the utilization of novel energy technologies such as wind power, solar photovoltaics, biomass, and geothermal power. The motivation behind this decision was to meet the country’s aim of having 40-45% of the electricity consumption provided from renewable sources by 2025 and 55-60% by 2035, whilst encouraging the development of RE technologies securing the nation’s energy supply. Purchase prices of electricity are based on generation costs specific to varying RE technologies and their size capacities. The rates are also designed in a structure to decline annually based on expected cost reductions, which is known as ‘tariff degression’.

In Germany, long-term contracts are tendered to all RE producers in an unbiased manner, and effectively run RE generation projects generate an acceptable rate of return in between 5-10%. This has resulted in the rapid advancements in RE technology and their deployment throughout the nation.

Likewise, our neighbour India too has decided to implement a methodical system of FiTs into its renewable energy market. In 2009, India’s Central Electricity Regulatory Commission (CERC) announced new regulations initiating a FiT system for renewable energy including wind and solar energy technologies. Currently, CERC denotes the tariffs before tax varying the tariffs based on renewable resource intensity, i.e. low power yield sites get higher tariff. The current Indian program includes all renewables and the tariffs are based on cost of energy generation plus profit (19% Return on Equity). The contract terms for solar PV generation and hydropower (<3MW) are 25 years and 35 years respectively, with the tariff for wind power generation based on resource intensity as mentioned. The FiTs offered set to cover a number of fixed-cost components such as return on equity, depreciation, interest on loan capital, and any operation and maintenance expenses.

In countries where electricity generation from RE technologies is much more expensive than conventional methods, distribution companies are permitted to pass on additional costs to the consumers. In Nepal’s case, this is a major obstacle as affordability of consumers may restrict the transfer and payment of these costs. From observing the implementation and operation of policy mechanism in various countries around the world, FiTs can be a means for Nepal to promote an interconnection of renewables to the grid. In order to determine and regulate the tariffs in a systematic and efficient manner, it will be necessary for energy producers to have priority access to the grid. Private producers will be able to establish their energy investments to sell unused capacities to Nepal Electricity Authority (NEA), thus expanding use of renewable technologies around the country. However, for small energy generation projects, with current tariff NEA are offering, grid connection is not seen as a feasible proposal. For FiTs to be implemented in Nepal, the government must explore an alternative funding mechanism to meet the additional costs of generation as it would not be moral to burden the utility or increase consumer electricity bills to make up for the additional costs. A possible option to reduce the cost of generation could be the provision of subsidies on the grid interconnection equipment costs which are relatively expensive and primarily imported. With support from the government and FiTs in place, grid connected distribution will be possible, which in turn will reduce presently experienced line losses, as the electricity will be generated locally without having to be supplied over long distances from a centralized system.

Published in:  The Himalayan Times